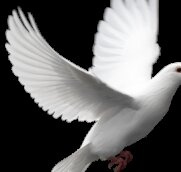 Darlene (Roark) Rhea, 95, Seneca, MO, passed away January 27, 2019 at the Seneca House Nursing Home after a long illness.
Darlene Roark was born January 22,1924 in Vian, OK the daughter of Cap and Beatrice (Thompson) Roark. She was a retired Office Manager for a telephone Company. Darlene Roark married William (Bill) Rhea, July 8, 1961 in Carson City, NV and he preceded her in death in 1994. She was also preceded in death by her siblings, Richard Roark, Cecel Roark, Bennie Ferner and Pauline Mack.
The body has been taken for cremation under the direction of Campbell-Biddlecome Funeral Home, Seneca no services planed at this time.
To order memorial trees or send flowers to the family in memory of Darlene Rhea (Roark), please visit our flower store.