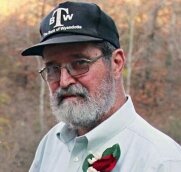 Daniel P. Beard, 72, Wyandotte, OK, passed away November 29, 2020 at his home in rural Wyandotte after an illness.

Daniel Paul Beard was born April 16, 1948 in Jefferson City, MO the son of Paul and Lucille (Stephens) Beard. Dan formerly worked for Boeing from 1976 to 1989. He then owned and operated Custom Machine in Stark City from 1989-2004. From 2004 to 2012 he worked for Thermal Engineering until he retired. Dan enjoyed hunting, fishing, motor cross, motorcycles, engineering, boating, being home and especially spending time with his family.

The body has been taken for cremation under the direction of Campbell-Biddlecome Funeral Home, Seneca, MO. The family will hold a Celebration of Life Memorial Service at a later date.
To order memorial trees or send flowers to the family in memory of Daniel P. Beard, please visit our flower store.