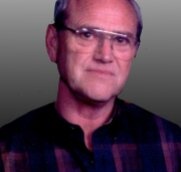 .
Charles Wayne Phillips, 72, Joplin, MO passed into eternal rest April 30, 2020 at his home in rural Joplin after a long illness.

Charles Wayne Phillips was born August 21, 1947 in Joplin, MO the son of Henry (Hank) C. and Maude Ellen (Hartje) Phillips. Charles was a US Army Veteran. Chuck, as he was known by his family and friends, was always cracking jokes. He loved old cars, fishing, horses, going to the casino and being around his family. He enjoyed having a monthly poker game in his garage. He worked at several lumber yards in the four-state area. He worked as Assistant Manager for Meeks Lumber in Joplin, MO until his retirement in 2018.

The casket will remain closed at all times. Arrangements under the personal direction of Campbell-Biddlecome Funeral Home, Seneca, MO.
To order memorial trees or send flowers to the family in memory of Charles W. Phillips, please visit our flower store.