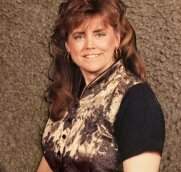 Carol Elane Friend was born April 18th, 1949 in Manhattan, KS. The daughter of William Albert Mondt and Evelyn Irene Mondt (Fairless). Carol was employed by Eagle Picher Technologies for 40 years which included her making batteries for NASA; she retired there with many commendations for her years of service. Carol was a descendant of the Fairless family who immigrated to North America and was involved in founding Jamestown Village in Virginia and Plymouth Village in Massachusetts, which later became part of the United States of America. Her descendants fought in the Revolutionary War, Civil War, WW1 and WW2; her ancestry includes inductions into “The National Society of the Daughters of the American Revolution”.

The highlight of Carol’s life was serving God. She loved witnessing to people about the Lord, supporting missions, and had the spiritual gift of giving to others. She loved her family with all her heart, and was the backbone of the family. She would use any excuse she could to get the family together and throw a party. She loved shopping, especially when she could go with her girls. Carol and her husband pastored Neosho Community Chapel for the last 12 years, of which she served in many different capacities; she loved working alongside the ladies of the church.

Carol will be missed for many things, but her legacy of loving the Lord is what will live on in our hearts the most.

In lieu of flowers, if you wish, donations may be made to Teen Challenge of Neosho, Mo or Gideons International. Please make donations payable to Neosho Community Chapel and designate charity of choice.
____

To order memorial trees or send flowers to the family in memory of Carol Friend, please visit our flower store.