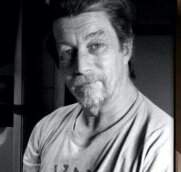 Carl was a 1981 graduate of Sapulpa, OKlahoma High School. During his senior year he took a Vo-Tech where he learned to lay brick. Carl served in the US Army from January 1983 to May 1983 then entered into the National Guard. He served 8 years in the Combat Engineering Unit in Sapulpa, OK. After his service he became an over the road truck driver.

Carl A. Watson married Melissa Lagers September 16, 2007 in Wyandotte, OK and she survives.

The body has been taken for cremation under the personal direction of Campbell-Biddlecome Funeral Home Seneca, MO. The family will hold a Celebration of Life Service 2:00pm, April 15, 2021 at the Sandy Captin Cultural Center.
_____
To order memorial trees or send flowers to the family in memory of Carl Watson, please visit our flower store.

A Celebration of Life Memorial Service will be held by the family.