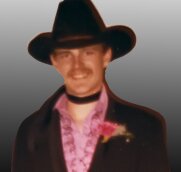 Billie Charles Millhollin was born February 8, 1955 in Loveland, CO the son of Jasper C. and Maudie Elizabeth (Turner) Millhollin. Billie was a member of the Eastern Shawnee Tribe of Oklahoma. He had worked for the tribe for 35 years. He served as 2nd Chief from 1998 to 2001. Billie served on many committee’s including the Pow Wow committee and the Constitution Committee. Billie loved to deer hunt being outside and enjoying nature. He loved spending time with his grandchildren spoiling and teasing them.

To order memorial trees or send flowers to the family in memory of Billie C. Millhollin, please visit our flower store.