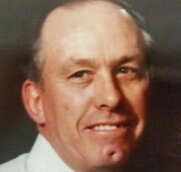 Bill Dean Moore was born December 13, 1937 in Lamar, CO, the son of Chester and Madge (Jefferies) Moore. Bill served his country in the US Army from 1961 to 1963. Bill moved to the Seneca area in 1973 from Colorado. He was a carpenter and worked at the former Taylor Lumber CO in Seneca, MO. He was a member of the Church of God Holiness in Miami, OK. He was a Sunday School teacher for several years.

Bill was preceded in death by his parents Chester and Madge Moore; his wife Beverly June Moore in 2003, his daughter Rhonda Graham in 2019 and seven brothers and two sisters.

The family will receive friends from 11 am to 12 pm, Friday, March 15, 2019 at the Campbell-Biddlecome Funeral Home, Seneca, with funeral services following.

The body will be taken for cremation following services.
To order memorial trees or send flowers to the family in memory of Bill D. Moore, please visit our flower store.