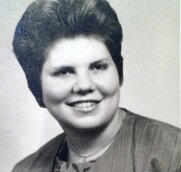 Beverly Jane Arnold was born December 20 ,1946 in Seneca, MO the daughter of Alfred Jessie and Ida Hazel (Lyod) Arnold. Beverly was a Seneca High School Graduate. Beverly had lived in the area most all of her life. She formerly worked as a cook at area restaurants. She former ran Roadrunner Auto Glass in Arkansas. Loved being around and spoiling her grandchildren and great-grandchildren. She attended East Side Baptist Church, Miami, OK.

The body has been taken for cremation under the personal direction of Campbell-Biddlecome Funeral Home Seneca, MO. The family will hold a memorial service at a later date.