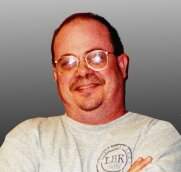 Barry Dean Boman was born May 2, 1958 in Joplin, MO the son of Dale Boman and Kathilene Cox Boman. Bear as he was known to his family and friends had lived in the Seneca Area most of his life. He was a 1976 graduate of the Seneca High School. Bear formerly served on the Seneca Volunteer Fire Department. He received an Associates Degree from Crowder College. He retired from Cummins Central Power Joplin, MO where he installed electric generators. He loved to joke and pick on his mama and friends.

A Celebration of Life Memorial graveside service will be held at the Swars Prairie Church of Christ Cemetery located on Red Bud Road south of Seneca, 10:00 am, September 21, 2020 with Marilyn O Brien officiating.
To order memorial trees or send flowers to the family in memory of Barry Boman, please visit our flower store.