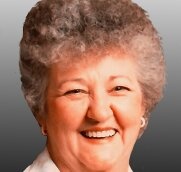 Barbara Earline Lankford was born October 28, 1939 in Seneca, MO the daughter of Earl and Bernice (Lawhon) Lankford. Earline had lived in the area all her life. She was a homemaker and a member of the Seneca Church of Christ. Earline loved to read and crochet.

Barbara Earline Lankford married Charles E. Barnes on September 16, 1958 in Reno, NV, and he preceded her in death. She was also preceded in death by her parents, one son Steven Barnes; one brother Max Lankford; one sister Ruthie Sherwood and one nephew Jerry Sherwood.

Graveside services under the direction of Campbell-Biddlecome Funeral Home, Seneca will be held at 2:00pm at the Thompson Grove Cemetery with Jake King officiating.
To order memorial trees or send flowers to the family in memory of Barbara Earline Barnes, please visit our flower store.

View only no organized visitation with family present

View only no organized visitation with family present