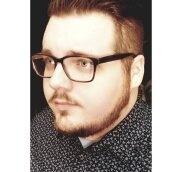 Austin James Barnes was born January 9, 1990 in Fitzsimmons Air Force Base, Denver, CO the son of Richard R. and Kassie McCleary Barnes. In 2001 Austin was adopted by his paternal grandparents Richard A. and Nedra J. Barnes and they preceded him in death. He was an avid gamer, loved to watch scary movies and movies in general. Austin had received a degree in Psychology from MSSU.

Austin was preceded in death by his grandparents Richard A. and Nedra Barnes; two sisters, Shania Dawn Hamilton and Brandie Michelle Hamilton.

The body has been taken for cremation and the family will hold a memorial service at a later date.
To order memorial trees or send flowers to the family in memory of Austin Barnes, please visit our flower store.