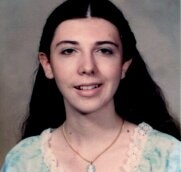 Ange Ellen Blankenship was born June 21, 1970 in Neosho, MO the daughter of Dowell and Donna (Brown) Blankenship. Ange was a 1988 graduate of Seneca High School. Ange formerly worked as a secretary at Crowder College. She loved to Read, work with her hands and keeping in touch with her family and friends by calling them often. Ange attended Swars Prairie Church of Christ.

Ange is survived by her mother, Donna Blankenship; two daughters Sarah Richards and Rachel Richards; one brother Randy Blankenship and a host of friends.

Ange was preceded in death by her father Dowell Blankenship.

The body has been taken for cremation under the direction of Campbell-Biddlecome Funeral Home, Seneca, MO.
To order memorial trees or send flowers to the family in memory of Ange Richards (Blankenship), please visit our flower store.