To share your memory on the wall of Wilda Ritter, sign in using one of the following options:

Print
Wilda G. Ritter, 85, Seneca, MO, passed into eternal rest May 8, 2019 at Freeman West Hospital in Joplin after an illness.

Wilda Gwen Caywood was born November 26, 1933 in Wolcott, NY the daughter of John R. and Berniece M. (Dana) Caywood. Wilda was a homemaker and worked hard on the family farm. She was a member of the Seneca Assembly of God Church.

Wilda G. Caywood married James Ritter May 3, 1952 in Bentonville, AR and he survives.

Wilda was preceded in death by her parents, two sons Martin Ritter and Brent Ritter; one grandson Evan Ritter; one granddaughter, Stephanie Cole; siblings, Inez, Florence, Bobby, Ralph, Jimmy, Debbie, Alta and Muzette.
The family will receive friends from 5 to 6 pm, Saturday, May 11, 2019 at the Campbell-Biddlecome Funeral Home, Seneca.

In Lieu of flowers memorial contributions can be made to the Seneca Assembly of God building fund in care of the Campbell-Biddlecome Funeral Home PO Box 380, Seneca, MO 64865.

To send flowers to the family or plant a tree in memory of Wilda G. Ritter, please visit our Heartfelt Sympathies Store.

Receive notifications about information and event scheduling for Wilda

We encourage you to share your most beloved memories of Wilda here, so that the family and other loved ones can always see it. You can upload cherished photographs, or share your favorite stories, and can even comment on those shared by others.

Posted May 13, 2019 at 07:43pm
Sincere condolences to the family on your loss of a sweet and wonderful lady. Our thoughts and prayers are with you.
Jim and Beth Ritter
Comment Share
Share via: 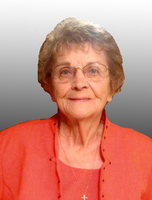