To share your memory on the wall of Virginia Tice, sign in using one of the following options:

Virginia Mae Chester was born December 29, 1929 in Seneca, MO the daughter of Arthur and Sarah (Sadie Rinehart) Chester. Virginia was a lifelong area resident. She had worked for US Metal until retiring in 1992 and then went to work as a cook for the Westview C6 School District. Virginia loved gardening and her family.

Virginia Mae Chester married Jason Tice in Seneca, MO in 1950 and he preceded her in death in 2002.

To send flowers to the family or plant a tree in memory of Virginia Tice, please visit our Heartfelt Sympathies Store.

Receive notifications about information and event scheduling for Virginia

We encourage you to share your most beloved memories of Virginia here, so that the family and other loved ones can always see it. You can upload cherished photographs, or share your favorite stories, and can even comment on those shared by others.

Martine Wright sent flowers to the family of Virginia Tice.
Show you care by sending flowers

Posted Mar 27, 2020 at 12:07am
Rex, Charlie, Sarah, Rod, and Janie; We are so sorry to hear about your mom. Please know you are in our thoughts and prayers. We spent a fair amount of time together growing up and your mom was very kind to us. You are all blessed to have have had her for a mother and for the many years of memories. Love to you all. Larry and Becky (Walker) Dodson
Comment Share
Share via:

Posted Mar 26, 2020 at 07:04pm
My deepest condolences for your loss. You are in my prayers during this incredibly difficult time.
Sincerely, Eileen Kelly
Comment Share
Share via:
MW 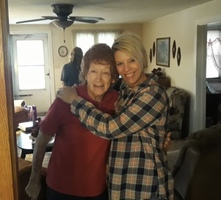 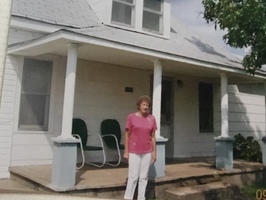 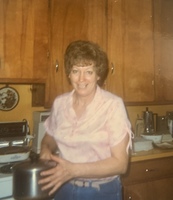