To share your memory on the wall of Ruth Boyer, sign in using one of the following options:

Ruth was united in marriage to Dale H. Boyer on December 24, 1949. Ruth and Dale owned and operated Dale’s IGA in Seneca, MO from 1968-1982. Before buying the IGA, Ruth and Dale purchased an eighty-acre farm southeast of East Newton School, where she milked cows. She also worked at New Electric in Neosho, MO while starting their family.

In 1958 they sold their farm and purchased their 1st grocery store in Wheaton, MO. Ruth enjoyed managing the dry goods and clothing department. While in Wheaton they were active members in the Wheaton First Baptist Church and made many lasting friendships. In 1966 they sold the Wheaton store and purchased a store in Decatur had it a year and then bought a store in Nowata, OK. In 1968 they moved to Seneca where they owned and operated Dale’s IGA until 1982. After selling the IGA, Ruth worked at the State Bank of Seneca until retiring in 1995. Ruth was a member of the Seneca BPW (Business Professional Women) for many years. She also was a member of the Seneca Red Hatter’s where she enjoyed many outings. Ruth was a faithful member of the First Baptist Church in Seneca for over 50 years.

Ruth had a kind disposition, a sweet spirit and a generous heart. She will be greatly missed by her family, her church family and her friends.

The family will receive friends from 6 to 7 pm, Monday, September 28, 2020 at the First Baptist Church in Seneca.

Funeral services will be held at 10:00 am, Tuesday, September 29, 2020 at the First Baptist Church Seneca with Bro. Rod VanGorkam and Steve Crowley officiating. Burial will be in the Ivey Cemetery southeast of Granby, MO with great-grandsons; Jacob Patterson, Wyatt Patterson, Brett Cook, Brock Cook, Quinton Platner and Pace Platner serving as pallbearers. Honorary Pallbearers will be Matt Patterson, Waylon Boyer and Darren Cook.

To send flowers to the family or plant a tree in memory of Ruth A. Boyer, please visit our Heartfelt Sympathies Store.

Receive notifications about information and event scheduling for Ruth

We encourage you to share your most beloved memories of Ruth here, so that the family and other loved ones can always see it. You can upload cherished photographs, or share your favorite stories, and can even comment on those shared by others.

Posted Sep 29, 2020 at 10:43pm
Deepest Sympathies in the passing of Ruth. Ruth was a wonderful lady, loved by many and will be truly missed. However, she'll be welcomed by many in Heaven.

Posted Sep 28, 2020 at 03:20pm
Ruth was one of the kindest, friendliest , sweetest people I have ever met. My condolences to all of her family and friends. She will truly be missed.

So sorry to hear of Ruth Adena's passing. I have such sweet memories of her as well as Len and Marie. 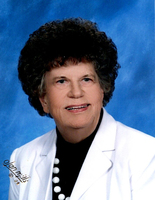