To share your memory on the wall of Patricia (Trish) Holt, sign in using one of the following options:

Patricia Holt was born September 8, 1953, in Joplin, MO the daughter of Charles O. and Virginia Lee (Gunn) Holt. Trish had lived in the Seneca Area most of her life. She was a 1971 graduate of Seneca High School. Trish formerly worked for the Newton County Sheriffs department as a dispatcher. She also formerly worked for the Eastern Shawnee Tribe of Oklahoma Police Department as a dispatcher. Trish was a member of the Seneca United Methodist Church.

Trish was preceded in death by her parents Charles and Virginia Holt and one brother Steve Holt.

The body has been taken for cremation under the direction of Campbell-Biddlecome Funeral Home, Seneca, MO
The family will hold a Celebration Of Life Memorial Service at 2:00 pm, June 27, 2020 at the Seneca United Methodist Church with Pastor Marilyn O'Brien officiating.

To send flowers to the family or plant a tree in memory of Patricia (Trish) Holt, please visit our Heartfelt Sympathies Store.

Receive notifications about information and event scheduling for Patricia (Trish)

We encourage you to share your most beloved memories of Patricia (Trish) here, so that the family and other loved ones can always see it. You can upload cherished photographs, or share your favorite stories, and can even comment on those shared by others. 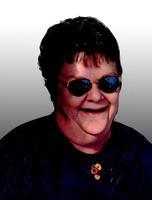