To share your memory on the wall of Nellie Durbin, sign in using one of the following options:

Nellie Terry was born September 9, 1926 in Racine, MO the daughter of William and Clara (Merriman) Terry. Nellie was a homemaker and loved her family. She was a member of the Pentecostal Life Center, Joplin, MO. Nellie was an example of a good Christian woman. Nellie was famous for her pancakes.

The family will receive friends from 6 to 7 pm, Thursday, July 25, 2019 at the Campbell-Biddlecome Funeral Home, Seneca.

To send flowers to the family or plant a tree in memory of Nellie Durbin, please visit our Heartfelt Sympathies Store.

Receive notifications about information and event scheduling for Nellie

We encourage you to share your most beloved memories of Nellie here, so that the family and other loved ones can always see it. You can upload cherished photographs, or share your favorite stories, and can even comment on those shared by others.

The winklers, Darrell and Tammy Jones, and other have sent flowers to the family of Nellie Durbin.
Show you care by sending flowers

Posted Jul 25, 2019 at 08:08pm
We are sorry for your loss. It was a great blessing to know her the last little bit, she was a great saint and will be missed greatly.

The winklers purchased the The FTD Comfort Planter for the family of Nellie Durbin. Send Flowers

Posted Jul 25, 2019 at 12:33pm
Sister Joyce, you are all in our prayers. May God give you comfort in knowing that Sister Nellie is again whole, pain free and happy. Love you

Darrell and Tammy Jones purchased the The FTD Vibrant Sympathy Planter for the family of Nellie Durbin. Send Flowers 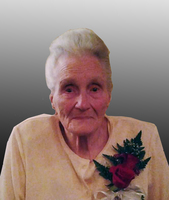