To share your memory on the wall of Melvin Burleson, sign in using one of the following options:

Melvin Eugene Burleson was born July 9, 1938 in Lamont, California the son of Kenny and Fern (Weldon) Burleson. Melvin was a Dai... Read More
.
Melvin E. Burleson, 83 of the Wyandotte and Grove area went home to be with the Lord March 6, 2020.

Melvin Eugene Burleson was born July 9, 1938 in Lamont, California the son of Kenny and Fern (Weldon) Burleson. Melvin was a Dairy Farmer for many years retiring when he was in his 60’s. He formerly worked in the construction business where he built many homes. Melvin loved to work and provide for his family. Melvin was of the Pentecostal faith and was a Preacher for 40 years in several churches in the Tiff City and Anderson area. He was a member of Wayside Assembly of God Church in Wyandotte.

The family will receive friends from 6 to 7pm, Thursday, March 12, 2020 at the Campbell-Biddlecome Funeral Home, Seneca, MO.

Funeral services will be held at 10:00 am, Friday, March 13, 2020, at the Wayside Assembly of God with Danny Burleson officiating. Burial will be in the Council House Cemetery with Travis Burleson, Brent Gray, Lee Burleson, Larry Burleson, Ralph Burleson and Bob Burleson serving as pallbearers. Honorary pallbearers will be Billy Drake and Gary Drake.

Arrangements under the direction of Campbell-Biddlecome Funeral Home, Seneca, MO

To send flowers to the family or plant a tree in memory of Melvin E. Burleson, please visit our Heartfelt Sympathies Store.

Receive notifications about information and event scheduling for Melvin

We encourage you to share your most beloved memories of Melvin here, so that the family and other loved ones can always see it. You can upload cherished photographs, or share your favorite stories, and can even comment on those shared by others.

From Janice & Pam sent flowers to the family of Melvin E. Burleson.
Show you care by sending flowers

From Janice & Pam purchased flowers for the family of Melvin Burleson. Send Flowers 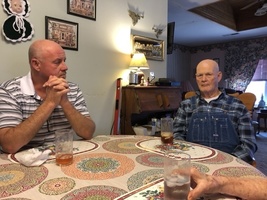 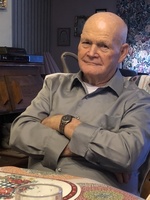 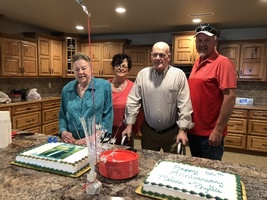