To share your memory on the wall of Linda Turner (Smith), sign in using one of the following options:

Linda Passed on to be with the Creator on July 14th.

Linda was preceded in death by

Linda Passed on to be with the Creator on July 14th.

Linda was preceded in death by

Linda was elected and served on many Tribal Committees with distinction. She also worked at Seneca Cayuga Tobacco company and also served the Tribe in the Gaming Commission.

Linda was a staunch participant in Tribal Affairs, Tribal Government, activism and her first Tribal Greencorn Ceremonies was at the age of just two, in 1951, sitting on her Grandma Bigtail Hubbard’s lap.

If ever there was a “mini-me”..... it was Grandma Bigtail Hubbard and Linda.

Grandma Bigatail Hubbard doted over Linda from the day she was born and there was a special bond between the two.

Linda worked tirelessly for the betterment and the advancement of the Seneca Cayuga Tribe of Oklahoma. She was outspoken and quite clear of her beliefs and positions.

Linda will be sorely missed by dozens of cousins and friends along beside her immediate family.

Linda was one of a kind. Our hearts are broken, and she will be forever remembered and missed.

To send flowers to the family or plant a tree in memory of Linda Turner (Smith), please visit our Heartfelt Sympathies Store.

Receive notifications about information and event scheduling for Linda

We encourage you to share your most beloved memories of Linda here, so that the family and other loved ones can always see it. You can upload cherished photographs, or share your favorite stories, and can even comment on those shared by others. 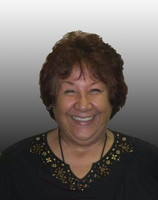