To share your memory on the wall of Jack Lacy, sign in using one of the following options:

Jack C. Lacy was born February 5, 1944 in Little Rock, AR the son of John Lacy Sr and Ruby (Haye) Lacy. Jack served his country in the Army National Guard. He worked as a Correctional Officer in Alaska until he retired in early 2000. He was a member of the Hottel Springs Church of Christ in Seneca, MO.

Jack was also preceded in death by his parents and one brother John P. Lacy Jr.

The body has been taken for cremation under the direction of Campbell-Biddlecome Funeral Home, Seneca, MO. A Celebration of Life Memorial service will be held at the Hottel Springs Church of Christ at a later date.
Read Less

To send flowers to the family or plant a tree in memory of Jack C. Lacy Sr., please visit our Heartfelt Sympathies Store.

Receive notifications about information and event scheduling for Jack

We encourage you to share your most beloved memories of Jack here, so that the family and other loved ones can always see it. You can upload cherished photographs, or share your favorite stories, and can even comment on those shared by others.

Posted Apr 27, 2020 at 06:30pm
Condolences on your loss. Prayers that you can process his passing with dignity and compassion. God bless you.
Comment Share
Share via: 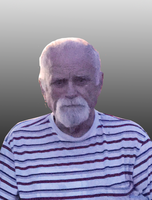