To share your memory on the wall of Grady Weston, sign in using one of the following options:

On March 7, 1975, he married Deborah Drake. They had their sons Justin in 1977 and Jared in 1982. Grandchildren Shaye, Drake and Tucker. Great-grandson Kyng.

Grady became an owner of Ed’s Electric in 1983, where he was a Master Electrician. After getting SCUBA certified in 1989, his continuing SCUBA education led the Westons to open Extreme Sports SCUBA in 1997. In 2001 he became an instructor. He has logged well over 3,000 dives and made the trip to Cozumel, Mexico over 50 times plus many dives to multiple other tropical locations.

For those who knew Grady, he never liked to sit still. If he wasn’t busy working or diving, Grady could be found spreading his time between multiple organizations. He volunteered his time with the Seneca Fire Department and later with Redings Mill Fire Department. He served as an EMT with Newton County Ambulance District and was the Chief and board member of Newton County Rescue and Recovery. He was also involved with the Missouri Governor’s Mounted Guard and was a member of the Kansas City Chiefs Red Coaters for 5 years.

Grady’s heart was for the children. If there was a child in need, he would pull money out of his own pocket to make sure that child was taken care of. For 10 years he was involved with the Charles Drake Memorial Rodeo which raised money for Children’s Miracle Network. Later he helped form Newton County Christmas for Kids. He was also a board member for the Trails for Kids organization which helps the fund the Cerebral Palsy Center in Webb City, MO.

We could all sit around and share stories that would have us smiling, laughing, and crying. We all have them no matter how long or short of a time span he was in your life. He always pushed you to be better whether it was diving, riding horses, or just in your everyday life.

Words cannot even begin to express how truly great this man was. If you needed him, he was there, no questions asked. And truthfully, there were those moments you never knew what he was about to say. He could catch you off guard faster than anyone. But the minute you were a friend, you were family. His circle of family was huge, and we will all greatly miss him.

And just remember… there are two types of divers. Those who pee in their wet suit and those who lie about it. If Grady was holding your hand while diving, chances are he was peeing.

Funeral services will be held at 2 pm, Tuesday, October 29th also at Risen Ranch Cowboy Church. Following the services the body will be taken for cremation. Arrangements under the direction of Campbell-Biddlecome Funeral Home, Seneca, MO.

In lieu of flowers the Weston family asks that memorial contributions can be made by bring a new unwrapped children’s toy or make a donation’s to Newton County Christmas for Kids in care of Campbell-Biddlecome Funeral Home PO Box 380 Seneca, MO 64865 or at and Community Bank & Trust.
Read Less

To send flowers to the family or plant a tree in memory of Grady Weston, please visit our Heartfelt Sympathies Store.

Receive notifications about information and event scheduling for Grady

We encourage you to share your most beloved memories of Grady here, so that the family and other loved ones can always see it. You can upload cherished photographs, or share your favorite stories, and can even comment on those shared by others.

Frank Carroll Jr, Stuppy family, and other have sent flowers to the family of Grady Weston.
Show you care by sending flowers

Posted Oct 29, 2019 at 11:37am
My condolences to all. I met Grady years ago and we had an immediate connection. He reminded me of my Oklahoma farm cousins, back when I was a kid. His demeanor. Very settled. Very sure. Each and every conversation was to the point, warm and honest. As I read through his accomplishments, it doesn't surprise me and has placed a smile on my face, but brings sadness as well. With certainty, I know he's in Jesus's arms. Godspeed to all, René Dupré
Comment Share
Share via:
FJ

Flowers were purchased for the family of Grady Weston. Send Flowers

Flowers were purchased for the family of Grady Weston. Send Flowers 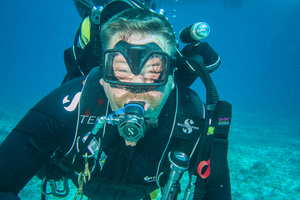 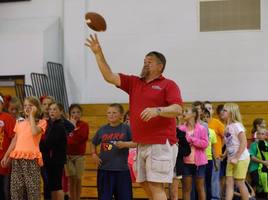 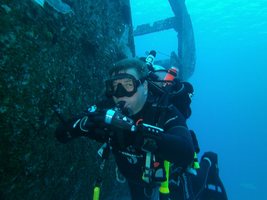 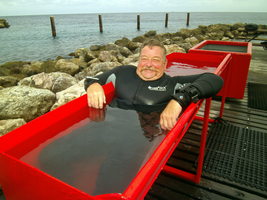