To share your memory on the wall of Gary Hignite, sign in using one of the following options:

Gary Leon Hignite was born May 21, 1951 in Stilwell, OK the son of Dennis Leon and Mary Ruth (Gaultney) Hignite. Gary formerly worked for Newell Coach. Gary was known best as the “One Eyed Peddler “a name he was proud to be called. He would set up at the north end of Main Street in Seneca and sell fruits, vegetables and once in a great while fresh shrimp. Gary was known to family members as the Junker and by many friends as “Hig”. He loved cars, trucks and most of all, the friendships he made over the years. Gary was a member of Faith Assembly of God Church in Wyandotte, OK.

Gary was preceded in death by his father Dennis and Step-mother Mae and one sister Terry.

A Celebration of Life Memorial Service will be held 11:00 AM, September 12, 2019 at the Faith Assembly of God in Wyandotte, OK with Gary Rhodes officiating. The body has been taken for cremation under the direction of Campbell-Biddlecome Funeral Home, Seneca.

In lieu of flowers memorial contributions can be made to St. Jude’s Children’s Hospital.
Read Less

To send flowers to the family or plant a tree in memory of Gary L. Hignite, please visit our Heartfelt Sympathies Store.

Receive notifications about information and event scheduling for Gary

We encourage you to share your most beloved memories of Gary here, so that the family and other loved ones can always see it. You can upload cherished photographs, or share your favorite stories, and can even comment on those shared by others.

Posted Sep 14, 2019 at 02:07pm
I always envied Tiffany for having such a great dad. I he was always there to help anyone that needed help whether it be with a flat tire or driving across dates to help with children, he was a great man. I’m very lucky that she had him for as long as she did I’m glad that her kids got to know him and he will be missed by so many people. That’s what happens when you’re a genuine good guy that helps people out of the kindness of your heart. He’s been in my life since second grade and those are the best best memories I have growing up. He taught me how to ride three wheeler, feed cows, fish Etc. i’m going to miss him bragging about how well I rode with them boys out on the chat piles i’m going to miss that feeling of home you have when you’re around him. I love that my son has known him for 12 years and that he calls him Papa, it wasn’t only me that cried the day Tiffany called and told us it was him to. Austin loved that papa . So every time I see Hutton or people trying to shoot deer after dark or fried potatoes or his great catfish secret batter I will smile and think of him. I know he is where he wanted to be when his time came he’s watching down on us now and One day will see him again. His strength and his strong believe in heaven and God helps me to see a way to get through it and I think it helped him to something he sincerely believed in. He will be greatly missed and no one will ever take his place or come close
Comment Share
Share via:
SH

Posted Sep 10, 2019 at 10:51am
With thoughts and prayers. Always. Love to all. From: Sandi Stiller, Hellen York and Karen Hernandez.

Posted Sep 09, 2019 at 10:04pm
I remember my sister and i came to spend a weekend with Gary (we are his cousins) he made us feel so welcome it is one of my favorite memories Love you Gary Rest In Peace.Sheila Kleck

Posted Sep 09, 2019 at 10:00pm
Once when Hig and I were hanging out alot I was sitting in the living room of my duplex and heard an awful commotion outside, when I opened the door I find Hig trying to park his truck on my front porch. We had some fun times together and he was a true friend and would have done anything for his friends See you in heaven my friend!
Comment Share
Share via:

Oh my! He loved to do that. Completely forgot he did that....lol
YA

Your son Adam purchased flowers for the family of Gary Hignite. Send Flowers 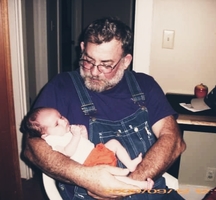 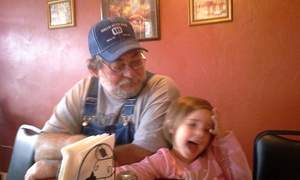 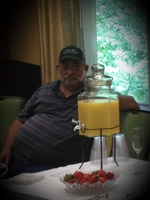