To share your memory on the wall of Ernest DeWitt, sign in using one of the following options:

Print
.
Ernest O. DeWitt, 86, formerly of Kouts, IN, passed into eternal rest December 30, 2019 at National Health Care in Joplin after a long illness.

Ernest Orrin William DeWitt was born in Rensselaer, IN the son of Orrin and Myrtle (B... Read More
.
Ernest O. DeWitt, 86, formerly of Kouts, IN, passed into eternal rest December 30, 2019 at National Health Care in Joplin after a long illness.

Ernest Orrin William DeWitt was born in Rensselaer, IN the son of Orrin and Myrtle (Bennett) DeWitt. Ernest served his country during the Viet Nam War in the Navy. He continued his service for 20 years. Following that he become a truck driver and continued until retiring 2005 then went to escorting large loads for several years. He was a Christian.

The body has been taken for cremation under the direction of Campbell-Biddlecome Funeral Home, Seneca. The family will hold a Memorial service at a later date in Kouts, IN where his cremains will be placed in the Graceland Cemetery, Kouts, IN
Read Less

To send flowers to the family or plant a tree in memory of Ernest DeWitt, please visit our Heartfelt Sympathies Store.

Receive notifications about information and event scheduling for Ernest

There are no events scheduled. You can still show your support by sending flowers directly to the family, or planting a memorial tree in memory of Ernest DeWitt.
Visit the Heartfelt Sympathies Store

We encourage you to share your most beloved memories of Ernest here, so that the family and other loved ones can always see it. You can upload cherished photographs, or share your favorite stories, and can even comment on those shared by others. 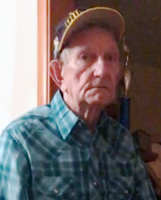 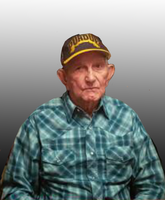