To share your memory on the wall of Betty Rosiere, sign in using one of the following options:

Betty Jean Logan was born March 30, 1925 in Wyandotte, OK the daughter of Edward Pete and Lorene (Choate) Logan. Betty formerly worked as an office manager for the former Milnot Company from 1960 to 1990, when she retired. She was a former member of the Seneca Area Chamber of Commerce, a past president of the Seneca BPW and a charter member of the Seneca R7 School foundation. Betty was involved with several women's bible study group's and the UMW. Betty was the oldest member of the Seneca Cayuga Tribe of Oklahoma. She was very proud of her heritage. She attended Seneca Christian Church. Betty was a kind, generous and loving women. She will be missed by many, but her memory will live on forever in the hearts of her friends and family.

Betty Jean Logan married Max Rosiere May 16,1942 and he preceded her in death August 8,1998. Life with Max blessed her with a home filled with the love of children, grandchildren, great-grandchildren and great-great-grandchildren. She found new love, at an older age, when she met Leonard Stelts. They were together four years. Their time together was filled with love, laughter and adventure. He preceded her in death in 2007. Betty was also preceded in death by her parents, two sons, Gary Rosiere and Ronnie Rosiere; one daughter, Judy Rosiere Peter; one brother, Junior Logan and one infant sister Mary Rose Logan and one great-grandson Preston Riley.

In lieu of flowers memorial contributions can be made to the Seneca R7 School Foundation or the Seneca Christian Church in care of the Campbell-Biddlecome Funeral Home, PO Box 380 Seneca, MO 64865.

To send flowers to the family or plant a tree in memory of Betty Rosiere, please visit our Heartfelt Sympathies Store.

Receive notifications about information and event scheduling for Betty

We encourage you to share your most beloved memories of Betty here, so that the family and other loved ones can always see it. You can upload cherished photographs, or share your favorite stories, and can even comment on those shared by others.

Teri sent flowers to the family of Betty Rosiere.
Show you care by sending flowers

Posted Aug 19, 2020 at 10:38pm
Goodnight, Sweetheart. Those were the last words Aunt Betty spoke to me last month when I talked with her on the phone. Aunt Betty had become somewhat of a night owl so it was easier to catch her in the evening.

Aunt Betty had a blessed life, but also a sad life in her latter years having outlived all her children who died at relatively young ages.

Aunt Betty was involved in about everything you could imagine. I remember her especially the Seneca Women's Study club which met regularly at the Seneca Library. Virginia Hoare is the only one left to best of my knowledge.

It is not only sad (or bittersweet might be a better word seeing as how she moved to something better) for the passing of aunt Betty, but for loss of another of Tom Brokaw's Greatest Generation. We were all blessed to have know and loved Aunt Betty and also to have had so many of her generation to instill in us the values of a time and place now mostly history.

To my Aunt Betty, thank you for countless, subtle but substantial ways in which you enriched so many lives. You left this ole world a better place. 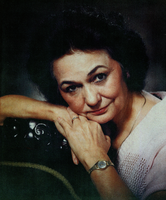 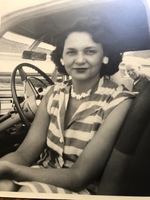