To share your memory on the wall of Betty Hopper, sign in using one of the following options:

Betty Ann Lewelling was born December 23, 1931 the daughter of Otis and Viola (Hayes) Lewelling in Newton County, Missouri. Betty was a lifelong Seneca Area Resident and was a homemaker. Betty was a member of the Seneca Church of Christ.

Betty Ann Lewelling married Rex Hopper in 1950 in Seneca, MO and he preceded her in death June 4, 2011. Betty was also preceded in death by her parents, one daughter, Pamela Ball and one grandson Zack Hopper.

The body has been taken for cremation and a memorial graveside service will be held at 10:00am, Friday, October 2, 2020 at the Seneca Cemetery with Jake King officiating.
Read Less

To send flowers to the family or plant a tree in memory of Betty Hopper, please visit our Heartfelt Sympathies Store.

Receive notifications about information and event scheduling for Betty

We encourage you to share your most beloved memories of Betty here, so that the family and other loved ones can always see it. You can upload cherished photographs, or share your favorite stories, and can even comment on those shared by others.

Family of Mike & Debbie Moore & Lynda Cothren and Karen and Drenda sent flowers to the family of Betty Hopper.
Show you care by sending flowers

Karen and Drenda purchased flowers and planted a memorial tree for the family of Betty Hopper. Send Flowers 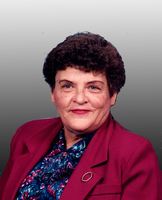